We work with Marisa Valle Roso in her new project 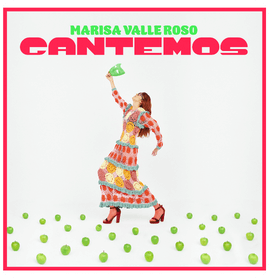 Today, Friday October 8th, “Cantemos” (translated “Let’s sing”) is released. This is the new Marisa Valle Roso‘s song, and los amigos digitales have the pleasure of accompanying her in this new adventure.

Thus, and previously, we have been advising both her and her team, to optimize their presence in the digital area: Official website, social networks’ profiles, as wells as on streaming platforms.

Then, and along with them, we have designed a digital strategy that has culminated in this song release: After a few teasers on her networks, a playlist on his Spotify profile in which she revealed the songs that had most influenced her on this new song, and an action that allowed her followers to listen a snippet of this song pre-saving it on their favorite platform (the latter thanks to the support also of Altafonte)

After the success of the tour of her previous album “Consciente” (translated “Conscious”), Marisa completely immerses herself, for the first time, writing stories and composing her own songs.

When composing, she also investigates her most primitive knowledge and feelings that are directly related to those of her land: Folklore and culture.

And “Cantemos” is just the beginning … Enjoy this song here now, and keep an eye to her networks, because this is only the beginning!