We work with Dani Botillo together with Emotional Events 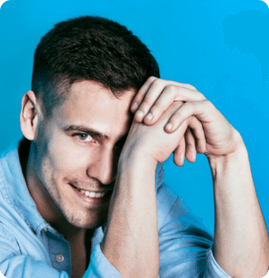 Emotional Events, managers of Dani Botillo, have decided to count with los amigos digitales, so that we help them in everything digital with this artist.

Dani Botillo is a versatile and multidisciplinary singer, musician and composer.

His intimate relationship with music began when he was just a child. He began “playing” the flute, the tambourine and the guitar, until at the age of 14 he began to discover that singing stories could become one of his great passions.

Little by little, Dani started sharing versions of other artists’ songs through his social networks. He discovered then that his way of singing, interpreting and composing was something that many unknown people loved.

In 2019 some of those versions became very viral. Thus, for example, his cover of the popular song “Despacito” by Luis Fonsi, surpassed one million reproductions in less than 48 hours.

In 2020, while we were all in confinement due to Covid-19, Dani was also discovered through social networks by his current manager José Torrano (from Emotional Events). And José decided to reach out to him with an ambitious project in which to work together.

From that atypical starting point and after a year of work, highly conditioned by the current context, they presented, with great enthusiasm, what Dani Botillo and his entire team conceive as the beginning of a long musical journey: Their first EP, “Desde cero” (which could be translated as “From scratch”), produced by David Santisteban.

Dani has not stopped touring showcasing his new songs. In fact, this Thursday, November 11th, he will be live in Madrid, and he already has more dates in other cities in the country in 2022.

Now we join his team to contribute as much as possible from our area, and help Dani’s music reach even more people, so that they fall in love with it.

Keep an eye on Dani Botillo!