We work with Carlos Bueso and Latrama Planners 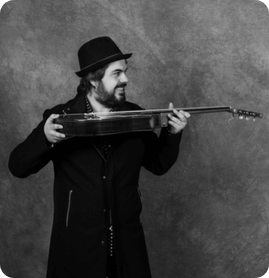 Latrama Planners, managers of the artist Carlos Bueso, have counted on los amigos digitales, and we are working together with them regarding the imminent release of Carlos’ new single “Le falta”, which will be released on February 4th.

Before, on Saturday January 29th, the artist will present the new song at his concert in Fuensalida (Toledo).

Carlos has released a playlist on his Spotify profile with the setlist for this concert, and more recently a playlist with influences on the new single. These actions are increasing his streams on this platform, as well as the number of followers, preparing the ground for the release of his new song.

Finally, a Pre-save action for the single has been launched on Spotify, so that all the people who pre-save the song will be able to listen to it exclusively the day before, in addition to being able to win CDs personally dedicated by the artist. You can also pre-save it by clicking here or on the cover below:

EmuBands are the distributors taking care of making this new song by Carlos available to the platforms.

It is a pleasure to work with them once again, as well as to have started doing so with Latrama Planners and Carlos Bueso.