We work again with Chloé Bird! 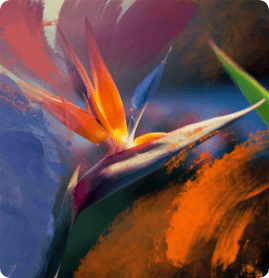 Candehu Management (her representation agency) has decided to count on us again so that the videoclip of the latest Chloé Bird‘s single (“Ave del Paraíso”) connects with more audience.

We worked with them on a similar project with the videoclip of “La herida”, the first single from the next album by the artist from Cáceres, and it seems that they were so happy with the result that they have decided to count on our services again.

This time we are showing the Chloé Bird videoclip on a group of official channels of related artists selected by us and Candehu, as well as to the followers of those artists in Spain.

This way, the videoclip is reaching its audience on the popular music video platform.

Without any doubt, the segmentation is the right one because the viewing rate that the video is getting is very high; and the CPV, or cost per view, is being very low.

You can take a look at Chloé Bird’s excellent video and become her fan (if you weren’t already) by clicking here or on the image below:

“Ave del Paraíso” is the fourth and final advance single of “Flores y Escombros”, the new album by Chloé Bird, which will be released after the summer.

The videoclip was shot on the Portuguese coast, near Setúbal, and in Las Nogaledas, a natural area in the Jerte Valley, in Extremadura, which stands out for its waterfalls.

The lyrics and music of this new single are composed by her, who also provides the voice and plays the piano. The production corresponds to Pablo Lesuit, who also deals with percussion and synthesizers. Sergio M. Puga is in charge of drums, synthesizers and acts as a co-producer.

“Flores y Escombros” will be the fourth LP of this artist, and it is her most ambitious bet so far, since in it she will present a renewed music style, in an album entirely in Spanish (she usually sings in English), and with a new producer, the musician Pablo Lesuit, who, together with Sergio M. Puga, “have managed to capture in an extremely careful production the new prism with which Chloé Bird now looks at music. A modern and sincere approach that, through ten songs, takes Spanish pop into a territory yet to be explored”.