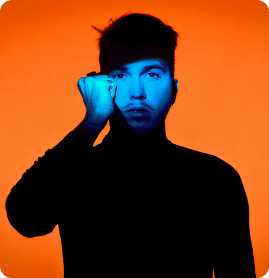 We have been working with Alex Perea for several weeks now, who is about to release his new single (“Raíces”, translated “Roots”)

We started helping him to optimize his social media presence, and making sure that the approach there was consistent.

And we convinced him of the importance of having his own official website, bringing together all his social networks, and serving also as a good cover letter to media.

With these objectives in mind we developed alexpereaoficial.com

The website also has a mailing list, which is being nurtured from the very beginning with his most loyal followers, to depend as little as possible on the ups and downs that always happen on social networks.

In fact, the action that we just launched yesterday will further increase the number of contacts on his list: Followers who pre-save Alex Perea’s new single on Spotify will be able to listen to it a day before (via an exclusive link that we will send to them by e-mail)

And you? What are you waiting for to pre-save Alex Perea’s first single of his new EP? Do it in http://smarturl.it/AlexPereaRaices