We help The Stirrings with “Elevation (take you higher)” 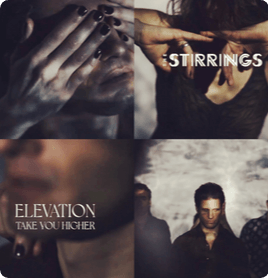 The Stirrings, the experimental rock band with pop structures and a sound reminiscent of shoegaze, has decided to count on los amigos digitales so that their brand new videoclip connects with a broader audience around the world.

Their new videoclip was premiered yesterday by Muzikalia, and it is available today on the band’s YouTube official channel, and supported by an advertising campaign on this platform so that similar artists’ fans in cities such as Berlin, London or New York discover the music project by Raúl Galán Berlanga on synthesizers, Juan Pérez Marina on guitar, and the New Yorker Ryan Louis Bradley on bass and vocals.

“Elevation (take you higher)” is their new single, recorded and produced by the group itself, mixed by Raúl Galán and mastered by Guille Mostaza at Álamo Shock.

The video has been directed and edited by Juanjo González and counts with the actress and dancer Rebeca Tur Barja along with Ryan Louis Bradley himself.

The Stirrings will be presenting this new single and other new songs, in addition to those included in “X-Ray Eyes”, next April 30th in Madrid together with Rosenmüller: