We help PLATÓN to improve their digital presence 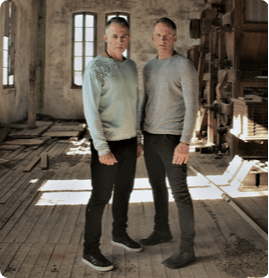 We have been working for a few weeks now with Michel and Chuss, the members of PLATÓN, the popular band from the 90s.

They had released a new album last year, but their presence on digital platforms, and especially on the streaming ones, could be greatly improved. For this reason, they turned to los amigos digitales, the digital agency specializing in the music world.

Thus, and in collaboration with their label (Sonogrand), their digital distributor (Altafonte), as well as platforms (such as Amazon Music, Deezer and Tidal) we are unifying and improving their profiles, and starting to work with them.

In Tidal they already have a top level profile with all their discography, profile picture, bio and social networks links.

And on Spotify, at the end of March we launched a playlist with a selection of 20 of the songs that they like the most from their four albums available digitally. The success was such that later we released another one with their selection of the songs that must be played on the Pop Stage of the “Love The 90’s” festival where they will also perform on June 18th (in Madrid)

And because these playlists have worked so well on this platform, we’ve just released an episode of Anchor’s new exclusive “Music+Talk” podcast format, in which they present these 20 songs themselves; as well as a playlist on their official YouTube channel in which they do the same, but visually. Click here or on the image below and choose your preferred format (podcast on Spotify or playlist on YouTube):

And these are just some of the first actions with which we look forward to help PLATÓN to connect more with their audience digitally. Follow them if you’re not doing so already, so you don’t miss anything!