We assist the birth of Hubertus von Hohenlohe as Gypsy Prince! 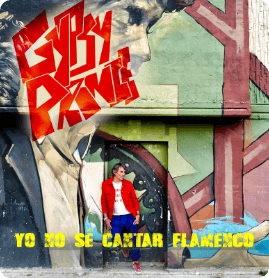 Hubertus, apart from being the founder of the Mexican Ski Federation in 1981, and having represented this country in the 1984 Olympic Games, is a businessman, photographer and pop singer.

This is not Hubertus’ first foray into the music world. In the past he has released songs under his own name, but for this reinvention he decided to launch an artistic alter ego: Gypsy Prince, a true prince with a love for the gypsy world and art.

This first single is born from the purest and deepest flamenco, but it is only the presentation letter of a very ambitious project, with first-rate collaborations, in which the “gypsy” concept fits more with the “itinerant” side.

For this first single (and videoclip), at los amigos digitales we have had the opportunity to advise Hubertus on the entire digital strategy from scratch.

Thus, we have worked in a coordinated way with Entertainment Quarter, the Austrian label with which this song has been released, and Believe, the aggregator that has distributed it digitally.

We have taken care of launching all the Gypsy Prince social media profiles, as well as updating them in this first launch phase.

We have also developed the (bilingual) website that centralizes all the promotions launched today with the single and videoclip release. You can take a look clicking here or on the image below:

There you can participate in promotions on Spotify, TikTok and YouTube to win packs of official Gypsy Prince hoodies and Skullcandy wireless headphones valued at more than 200€.

These promotions, as well as the launch of the track and videoclip, are supported by powerful digital campaigns on Facebook, Instagram, Spotify, TikTok, YouTube and Google (display) with the aim of all Spaniards being aware that Gypsy Prince says he can not sing flamenco.

And you? Can you sing flamenco? Listen to the track, watch the videoclip, and take part in the promotions… and find out!