los amigos digitales / Projects / How many Ricardos appear in the video of “Cuando”?

How many Ricardos appear in the video of “Cuando”? 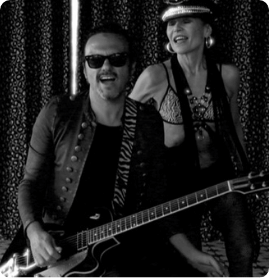 This is the action that we have proposed to the artist Ricardo Marín, and in which we have worked together with his label (Barba Records), to launch his new single and video clip, premiering his next album.

And it is that, in the fantastic album presentation video, directed by Eva Nilsen in a great black and white, the well-known guitarist appears in different characterizations.

With this as a starting point, los amigos digitales proposed an action to the artist in which the audience was invited to watch the videoclip carefully, to figure out the correct number of “Ricardos”.

The action is being announced through the artist’s social networks, as well as directly in the videoclip at YouTube.

The artist’s posts about this promotion are already being one of the most popular on his social networks, with a large number of comments with the number of “Ricardos”.

The promotion is open until January 29th. The winner, of a fantastic Fender guitar signed by the artist, will be announced the following day at a live online event, in which the artist himself will reveal the correct number of “Ricardos”, as well as giving details (and some surprises) about his new album.

In parallel, we, at los amigos digitales, are managing a campaign on YouTube so that audiences related to Ricardo Marín discover the videoclip, participate in the promotion, and follow the artist from now on. Check out the video clip yourself clicking here.

What are you waiting for to count with los amigos digitales to launch actions that take your releases to another level?